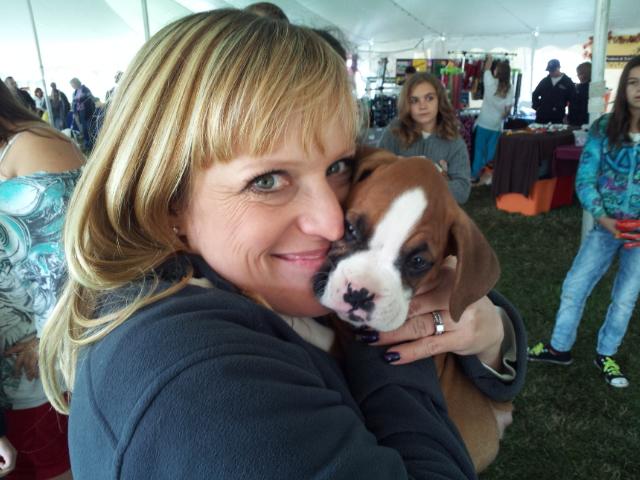 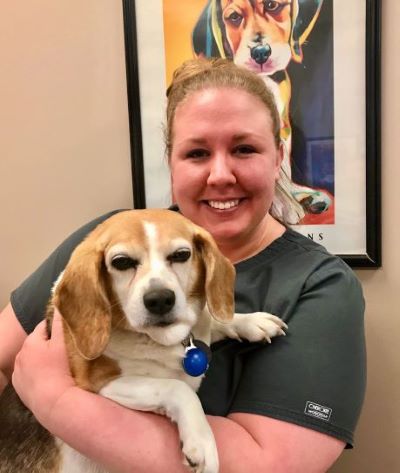 Dr. Buck graduated from Ross University School of Veterinary Medicine in January 2005.  She completed her clinical year of study at Cornell University before going on to complete her internship.  She has worked in both emergency and general practice over the past 10 years.  Dr. Buck has a strong interest in surgery and emergency medicine.  She finds building relationships with clients and their pets to be particularly rewarding and strives to work with each client to be a partner in determining the best course of treatment for the pet.  Dr. Buck shares her home with her husband Brian, 3 boxers, Liam James and Lydia Cosette and Liesel Phillapina,  a Bengal named Finnick and her latest addition, a flame point named Kippette 2.0. When not working, Dr. Buck enjoys riding her horse and hiking with her dogs.

Julie is a graduate of SUNY Brockport with a background in recruitment and investigation.  She has worked in veterinary management since 2007 and has a strong desire to help families and their pets in need of medical care.  Julie shares her home with her boyfriend, and 2 rescue mutts named Syler and Cooper.  Julie’s interests include travel, wine, photography, yoga and sand volleyball. 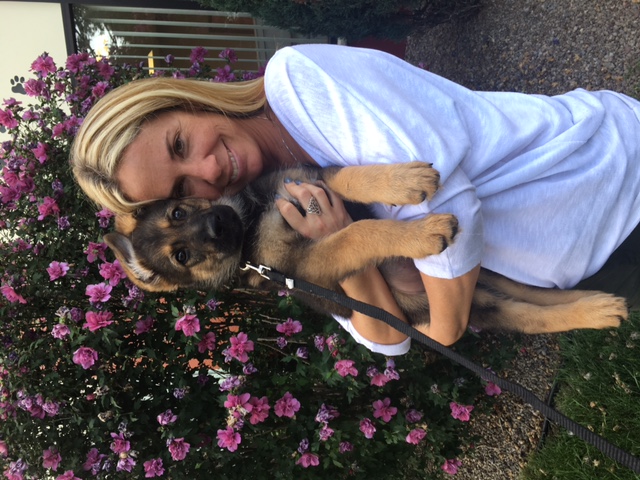 John has worked as a licensed vet tech for over 20 years.  He has a love for all animals, especially corgis and tarantulas.  John has two grown sons and enjoys spending time with his mom. John is a great photographer, a mediocre chess play, and a below average golfer. He also enjoys longs walks along the canal.  John’s favorite color is periwinkle, and he loves telling knock knock jokes.  He hopes to one day take his show on the road… 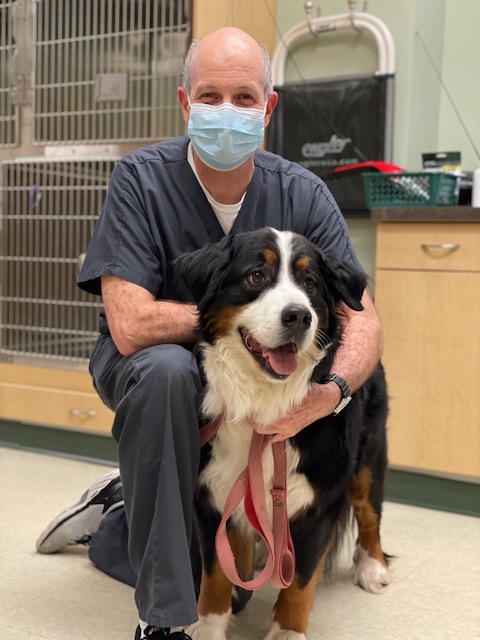 Hillary has worked as a licensed vet tech for 20 years in many local animal hospitals. She is an avid hiker, runner, and all around fitness guru.  She can bench press 420 and is a force to be reckoned with.  When she is not working, Hillary loves to wrestle gators, chill with her homies doing puzzles, and spend time with her two handsome boys Isaac (Sumo) and Malachi. Hillary loves puppies and hates mean people. Her spirit animal is the hedgehog. 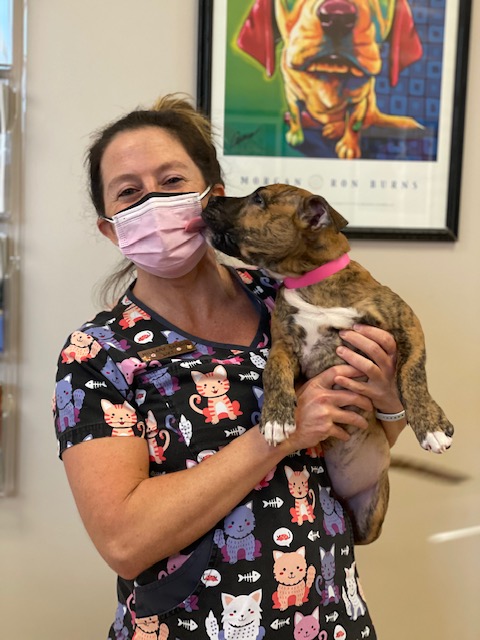 Kevin has had a love of animals every since Garanimals.  He graduated from Medaille College with a degree in Tomfoolery.  He recently returned to the Rochester area after living and working as a vet tech assistant in California for 6 years (we are still trying to figure out why he moved to NY).  He and his family have 4 ferrets: Clyde, Desmond, Mo Rocca, and Kimberly.  In his free time, Kevin enjoys baking, watching Jeopardy with hopes of someday being a contestant, building sand castles in the summertime, shirtless volleyball, and decoupage. 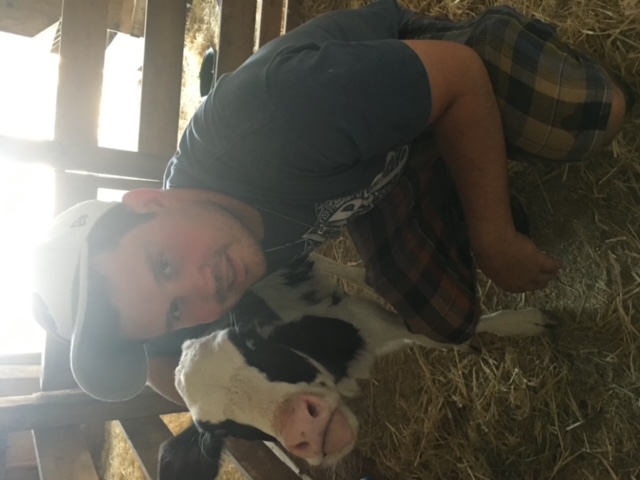 Karmen is a graduate of the University of Nebraska with a degree in Journalism. After a professional career in broadcasting she turned her love of animals into a second career.  Her passion for animals started at an early age while growing up in the Midwest. She enjoys the outdoors and spending time with family and friends, especially her rescue pups Jax and Sydnee!  She is a master euchre player, and also something about world peace… 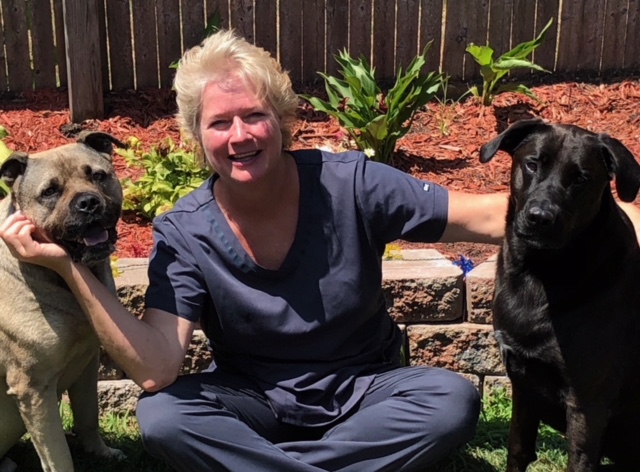 Sara graduated from SUNY Geneseo and has spent over 21 years working in human services.  She has had a love for animals since she was three years old when her first two cats, Cookie and Mousie, wandered into her family’s yard.  Many other cats, dogs, turtles, hermit crabs, and other pets later became part of her family.  Outside of work, she loves spending time with her family and her boyfriend Dan and having game nights with friends. Karmen has never beaten her at euchre.

Jillian grew up in Webster, NY graduated from Medaille College with a degree in biology. She has worked as a vet tech assistant and CSR for over nine years.  Jillian was recently married and lives with her husband Nathan and adorable golden retriever Luna. Jillian enjoys spending time at the lake with family, girls’ nights with her friends, finding new recipes on Pinterest, and shopping online. 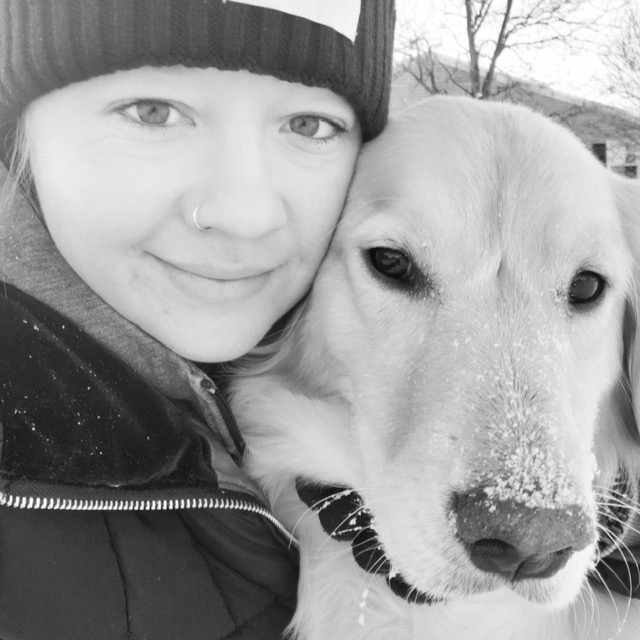